Biden’s victory was just what tech wanted. Now what? Joe Biden’s election as the 46th president of the United States gives the tech industry a reason to breathe a brief sigh of relief, following a days-long count of ballots during which Facebook and Twitter raced to contain a swell of misinformation, much of it coming from President Donald Trump himself.

Since he clinched the Democratic nomination, Biden has been the overwhelming favorite in the presidential race among those in the tech sector. The industry has butted heads with the Trump administration at almost every turn of his presidency: over immigration, trade, net neutrality and, more recently, content moderation on social media. This last week offered a prime example of that fraught relationship as the president repeatedly flouted tech platforms’ election policies in an attempt to undermine the results.

Get daily insights from the Protocol team in your inbox

With Biden’s election, some in the industry anticipate a return to some semblance of normalcy. “I think the thing that everyone would love […] is a boring presidency that’s relatively calm. Not the anxiety and chaos that we have with Trump every single day,” investor Bradley Tusk recently told Protocol. “Volatility is a problem.”

But tech leaders shouldn’t expect everything to go back to the way it was during the Obama years, when the president touted Silicon Valley as a bright spot during a dark time for the nation’s economy. Too much has changed since then. President Trump’s election in 2016 — and all of the controversy surrounding it — irrevocably altered the public perception of tech giants and invited well-deserved scrutiny from lawmakers and the public. That scrutiny won’t evaporate under a Biden administration.

Throughout his campaign, the president-elect has neither hugged the industry close like Obama did nor punched it in the nose like Trump has. Instead, he’s held the industry at arm’s-length, making it hard to predict exactly what comes next. That’s especially true given that Biden may well lead a divided Congress. Democrats will control the House, but control of the Senate is still up for grabs.

Of course, some things are abundantly clear, like the fact that Biden seems poised to overturn many of the executive orders on immigration President Trump signed, including restrictions to high-skilled immigration. Over the course of four years, the Trump administration added new hurdles to the H-1B visa application and renewal process, leading to massive backlogs that have created uncertainty for foreign tech workers, their families and the companies that employ them. Biden has promised to increase the number of visas for “permanent, work-based immigration” and eliminate limits on employment-based green cards by country.

Much of that work, of course, would have to happen with Congress’ help. But it would be within Biden’s power to scrap the restrictions the Trump administration has put in place, which would likely obviate a number of lawsuits that trade groups like TechNet are currently fighting.

“I would be surprised if on Day 1 or 2 they didn’t just strike all those executive orders. That would alleviate a lot of the problems,” said Linda Moore, CEO of TechNet. Moore said she’s encouraged by the support that TechNet has gotten in this fight from right-leaning groups like The Chamber of Commerce and the National Association of Manufacturers. Their voices will be critical, she said, in pushing Republicans in Congress to support broader immigration reform, no matter who controls the Senate. “We feel like we’ve gotten good indications from Republicans and Democrats and the Biden team that they want to do that,” Moore said. “But that’s going to take political capital.”

Another area of clarity: net neutrality and broadband access. President-elect Biden has indicated that he fully supports Obama-era rules that allowed the Federal Communications Commission to punish companies that try to block, throttle or force consumers to pay for broadband service. Re-instituting those rules would fall to Biden’s eventual FCC chair, and several of the likely contenders for that role under a Biden administration, including Mignon Clyburn and Jessica Rosenworcel, are champions of net neutrality.

Biden has also laid out a plan to invest $20 billion in broadband infrastructure, but that would take Congressional support. This sort of investment would be a welcome development in the tech sector, said Jason Oxman, CEO of the Information Technology Industry Council. But it’s also one of the few tech policy issues that is central to a pandemic recovery plan, which is undoubtedly Biden’s top priority heading into office and could lend itself to more bipartisan support. “The Biden campaign has talked a lot about how crucial broadband infrastructure is to remote working, remote learning, distance medicine and all kinds of technologies that are important during a pandemic,” Oxman said. “That’s [an] area we’re very focused on and feel the Biden administration will have an emphasis on.”

The dueling health and economic crises facing the country, however, mean that many of the other pet tech issues that President Trump obsessed over may fall far down the list of priorities under a Biden administration, or at least be handled with a far lighter touch.

That begins with Section 230 reform. While Biden did call for repealing Section 230 in January, he’s scarcely discussed the issue since. Arguably the only reason President Trump has continued to prioritize that law in the midst of a pandemic is because, as a prolific social media user who has repeatedly run afoul of tech platforms’ rules, it affects him so personally. Those priorities will likely shift once the president of the United States isn’t also one of Twitter’s biggest troublemakers.

“If Biden is president, is that high on the list of things that need to be addressed?” Oxman asked. “How many Americans are going to the ballot box pulling a lever because of the candidate’s position on Section 230? Probably not a lot.”

That doesn’t mean the topic of Section 230 reform would disappear, as Republicans in Congress are likely to keep pressing tech giants on content moderation. But Moore and others say it’s unclear exactly how aggressively Biden would pursue it. “I think there’s more to be seen and more to be fleshed out,” Moore said.

It could be a similar situation for Chinese tech companies like TikTok, which President Trump has attempted to strong-arm into a sale in recent months, further souring relationships with China. Biden will enter office with an agenda that requires China’s cooperation on everything from climate action to containing the COVID-19 pandemic, so he’ll need to tread a fine line between diplomacy and confronting the range of ways that Chinese technology could pose a threat to Americans. Experts say it’s unlikely he’d go about addressing that threat in quite the same way as Trump did.

“I don’t know that they’ll try to use TikTok or another flashy shiny object as a wedge issue to pick a fight with China,” said Garrett Johnson, co-founder of Lincoln Network, a right-leaning group focused on the intersection of tech and government. “Can you really pick a fight on TikTok and still get some common ground and move forward on a new version of the Paris Climate Accord? I don’t know.”

Perhaps the biggest unknown for the tech industry heading into a Biden administration is his approach to antitrust issues. More specifically, will the president-elect make good on the progressive wing of the party’s calls to break up big tech companies? During the primaries, that was a core campaign message for both Sens. Elizabeth Warren and Bernie Sanders, who have rallied their fervent followers behind Biden. “The progressive wing of the party held their fire and did everything they could to help get him elected,” said Jesse Lehrich, a former Hillary Clinton campaign staffer and co-founder of the advocacy group Accountable Tech. “There will be momentum on this stuff, and he’ll be responsive to it.”

It’s also one of the few policy areas around which there is actually bipartisan support, “There might not be a big difference between a Trump or Biden antitrust division,” said Robert McDowell, a former Republican FCC commissioner, who is now a partner at Cooley.

If antitrust investigations and legal battles against Big Tech continue, the next four years may not prove as challenging for the tech sector as the last four have been, but they won’t be easy, either. Given the outpouring of financial support for Biden from tech employees and the innumerable crises they faced under President Trump, it seems that was a chance they were willing to take. 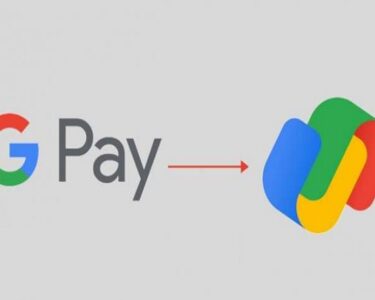